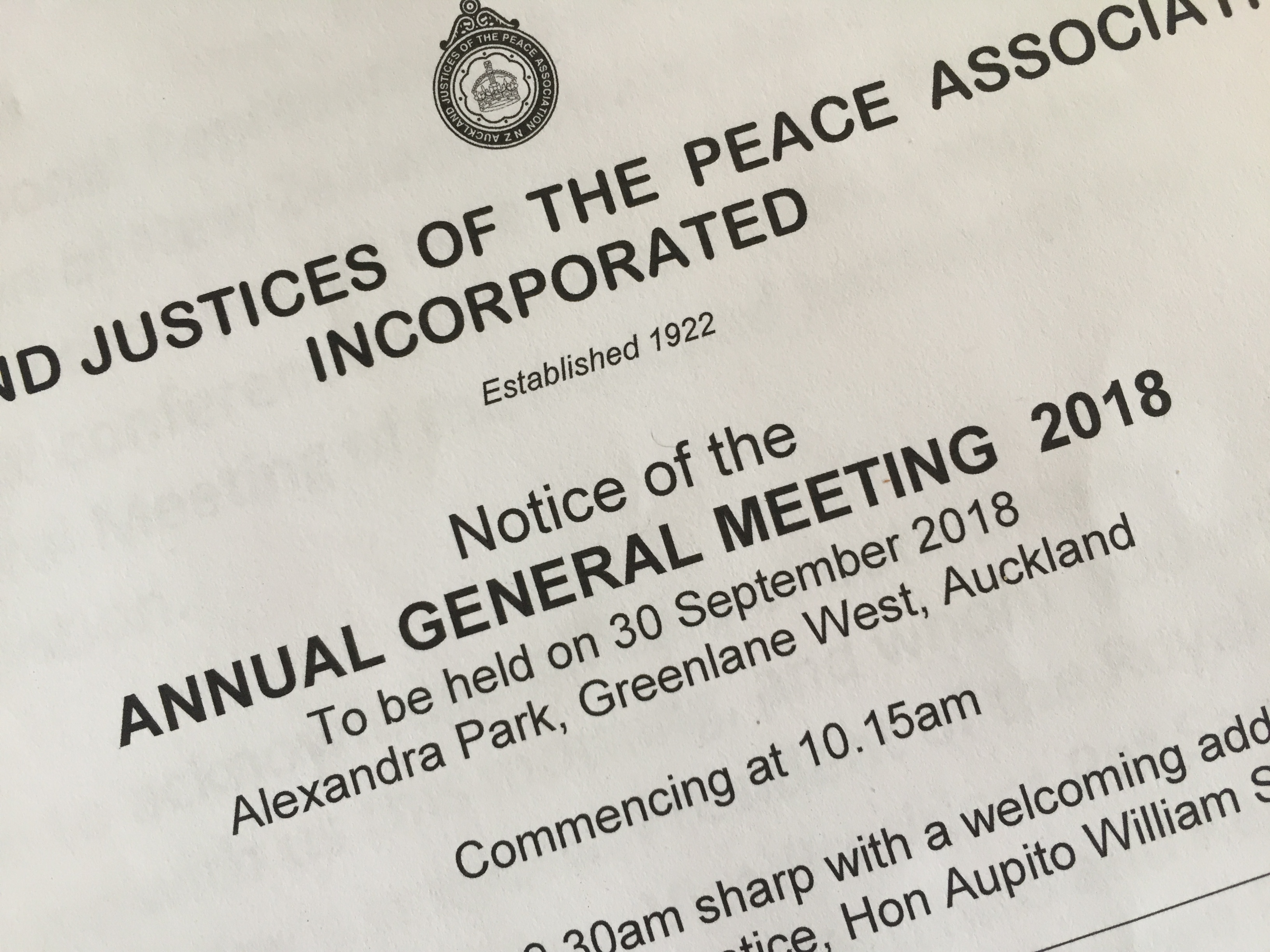 The Association has a new President and Council following the weekend’s Annual General Meeting.

The new President is Sherryl Wilson who takes over from Garry Nicholls. Garry did not stand for the office… contesting instead the vacancy for Auckland Regional Representative on the Royal Federation of New Zealand Justices Associations. He and Wallis Walker stood for the position, Garry being successful. There were no nominations for Vice-President.

Outgoing President Garry Nicholls reported to those attending the Annual General Meeting that 2017/18 had been a year of considerable change…and considerable progress. On diversity, Garry said the Association can be really proud that it’s a leader in this respect with members reflecting the multi-ethnic mix of our population. (One member told the meeting that one of the city’s larger Support Groups has more than 30 ethnicities)

Garry mentioned as ongoing challenges the large number of inactive Justices which puts pressure on those who are serving their community, Justices’ ongoing competency and  the long lead time getting new Justices sworn in.

He thanked all Justices involved in Council, Support Groups, Service Desks and those who otherwise give service…”we are all part of a professional volunteer organisation that is widely regarded and respected in the community”.

The Association’s Treasurer, Geoff Pownall, advised the meeting that there was a very satisfactory outcome of  the organisation’s accounts for the year, showing a small surplus, $518-00, just a little short of budget.