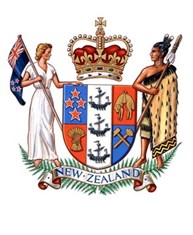 Two Auckland Justices of the Peace are named in the New Year Honours List published today… along with a Justice of the Peace (Retired) from the North Shore and a Board-member of the Royal Federation of New Zealand Justices Associations.

Mrs Lindsay Griffiths Corban, JP, is made an Officer of the New Zealand Order of Merit (ONZM) for services to governance in a range of organisations in the education and not-for-profit sectors. Mrs Corban designed and developed board evaluations and advised on strategy, governance improvements, protocols and constitutional issues. She has been a member of the Council of the University of Auckland, Deputy Chair of the Auckland College of Education and played a pivotal role in the merger with the University of Auckland. She was involved in Learning Media from 2008 to 2013 and with the Museum of Transport and Technology (MOTAT) since 2013. Mrs Corban has chaired the Human Resources Committee of the Graeme Dingle Foundation on a voluntary basis since 2007, she co-led an organisational review for the National Board of the SPCA and also provided support and advice to the Board and Chief Executive of Lifeline between 2011 and 2016 during a national merger of the organisation and a number of other key changes.

Mr Virinder Kumar Aggarwal, JP, of Avondale, receives the Queens Service Medal (QSM) for his work with Asian communities. He was a founding member of the Asian Network Inc in 2002, served on the Executive Committee, and has been Chairperson for six years. The Asian Network provides a platform to assist Asian communities in Auckland by identifying and responding to the needs to these communities through information sharing, training opportunities, and submissions to central and local government. Under Mr Aggarwal’s leadership the Network co-hosted two International Asian Health Conferences in collaboration with the University of Auckland’s Centre for Asian Health Research and Evaluation and established an annual Asian Forum focusing on health and wellbeing. He has edited the Network’s monthly newsletter and been on the Editorial Advisory Board for the Migrant News bimonthly newspaper. He has participated in the Older People’s Advisory Group, the Global Organisation for Persons of Indian Origin (West) branch, the Shanti Niwas Charitable Trust since 1996 and has chaired the working committee of Shakti Family Settlement and Social Services from 2000 to 2012.

Mrs Marilyn Glover, JP Retired, has received the Queen’s Service Medal (QSM) for her voluntary services on the North Shore for more than 45 years. A long-time member of Takapuna Rotary Club, she has held a number of leadership roles including Club President in 2006 and 2007 and Secretary for 13 years. She has been involved in local educational governance for more than 18 years, including serving on the Boards of a number of North Shore schools. For more than 18 years she has served on the Wilson School Board of Trustees, including the last 17 as Chairperson. She has also volunteered with Adults in Motion, Aged Concern, and the Auckland North Community and Development, focusing on advocacy for disability issues for residents in the community. Since 1992 Mrs Glover has been the Treasurer of the Friends of Takapuna Library.

Ms Denise Hutchins, JP, ED, is the other notable award of interest to Justices of the Peace who is made a Member of the New Zealand Order of Merit (MNZM). She is Immediate Past President of the Royal Federation of New Zealand Justices Associations having earlier been elected to the Royal Federation Board in 2011 as Central Region Representative. As President of the Federation, Ms Hutchins oversaw a period of significant change including the introduction of a voluntary accreditation process for Justices to ensure competency and the availability of skilled Justices to communities. She was instrumental in the development of the Federation’s strategic plan process and facilitated the Emerging Leaders Programme to identify capable leaders within Associations throughout New Zealand. Denise Hutchins had a prior career in the health sector as a nurse and manager, and was a Territorial Force Nursing Officer. Ms Hutchins served on a number of national bodies during her career, including as Vice President of the New Zealand Nurses Association from 1989 to 1990, a member of the National Interim Provider Board from 1991 to 1993, and a member and Chair of the National Health Epidemiology and Quality Assurance Advisory Committee between 2002 and 2006.