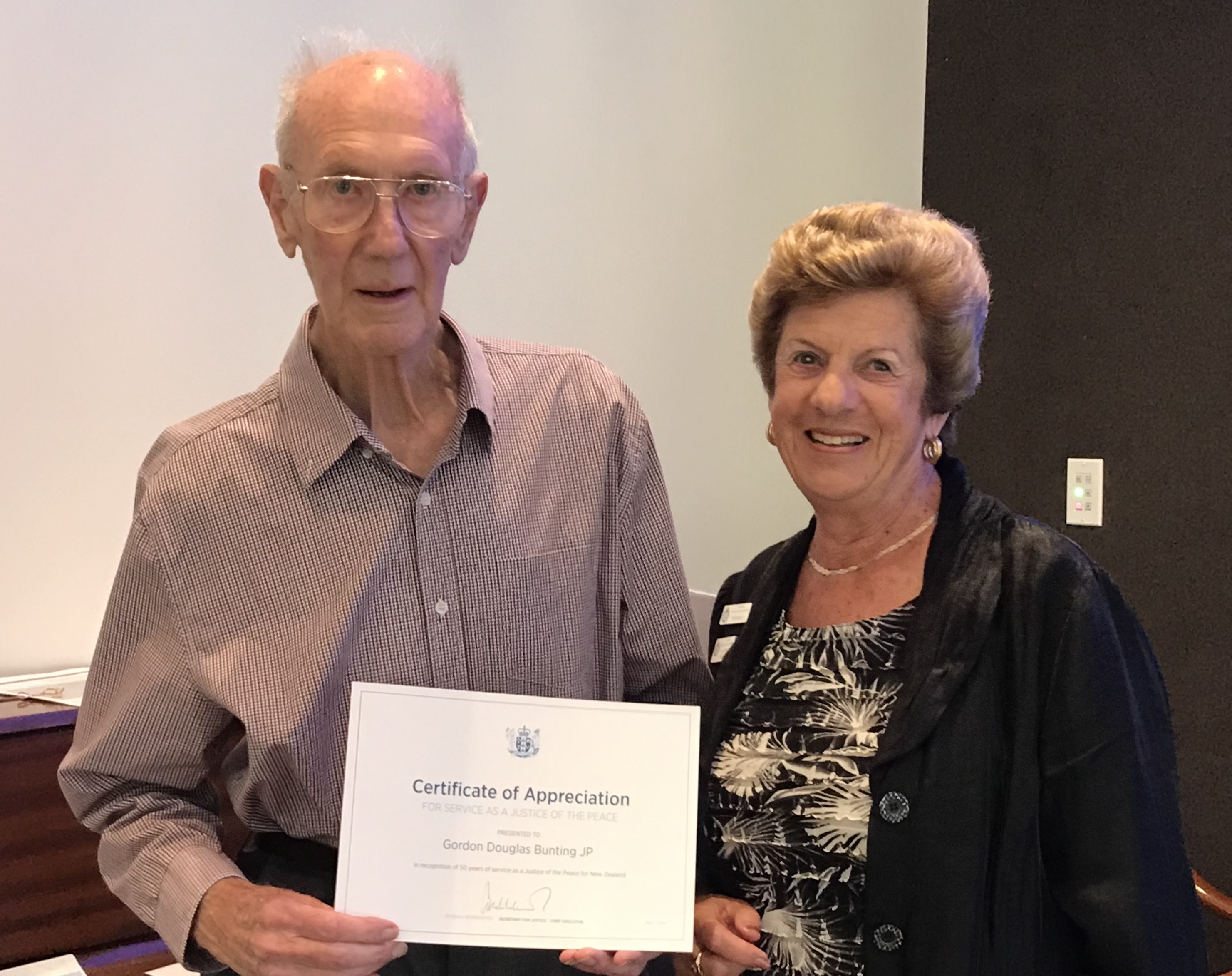 The Three Kings/Mt Roskill Support Group has honoured one of their own, Gordon Douglas (Doug) Bunting, for his 50 years’ service to the community as a Justice of the Peace. Gordon was sworn-in on 27th March 1969… and he says it wasn’t plain sailing. He was nominated by well-known soldier-lawyer Colonel Laurence Rudd and after a wait of a year or so was told, at 35 years old, “you are too young to be a JP”. Doug says he “stood by” for a few more years and was then accepted, sworn-in and attended what he says was a series of “pretty arduous training sessions”.

Over the decades he has been a Judicial JP, sitting on the Bench hearing Depositions (also known as Lower Court Hearings) – these have since been dispensed with, but were part of former preliminary process of proving a case to answer, so matters could proceed to a higher court. These hearings were held in the small airless and darkened courtroom downstairs in the old Kitchener Street courthouse where many lawyers appeared before Doug who later made the Judiciary or had notable careers in law.

He also signed off search warrants for police “at all times of the day and night” and had a role in matters under the Children and Young Persons Act. Doug was a real estate agent for many years with his business in Epsom and he was a committed member of Rotary. He most probably has the unique situation of, over the years, being the only Justice of the Peace with an official polling booth in the garage of his Mt Roskill home!

Doug was guest of honour at the Support Group’s meeting this week, attended by President of the Auckland Justices of the Peace Association, Sherryl Wilson, who was on hand to thank Doug for his five decades of sterling service and to present him with a 50 Year Certificate. “It’s a memorable milestone…” Sherryl said, “… of your dedication, Doug, to voluntary service for the community and deserving of recognition and appreciation”. 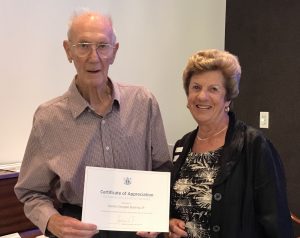