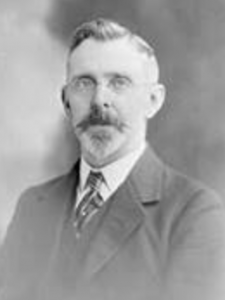 He was a successful businessman in the South Island before moving to Auckland where he continued as a jeweller and watchmaker, fast entering the local community and sporting circles. He headed the Jewellers’ Association, was President of Auckland Rotary and President of the New Zealand Bowling Association. He was an accomplished lawn bowler and his singing prowess led to his Presidency of the Royal Auckland Choir. As President of the Automobile Association during the 1920s – emergent years of the motor car – he oversaw speed events on Muriwai Beach and introduced competitions for women drivers during motor rallies at Bucklands Beach and Mangere. He was an inveterate cigar-smoker.

Researched and compiled by Ric Carlyon