Dr Hilda Northcroft brought solid experience to the office of Justice of the Peace when she was among the first 18 women appointed in 1926. Born in Hamilton, she attended Auckland Grammar School and the University of Auckland where she began “public life” on the Students’ Association. She went to the UK and studied medicine at Edinburgh and after serving at numerous hospitals she returned home on a troop-ship after World War One. She was immediately immersed in women’s causes, she went on to lead the Obstetricians’ organisation and retained her membership of Medical Associations abroad. She was also President of the International Federation of University Women. Dr Northcroft was a member of the Reform League, later the National Party, and was elected to the Auckland Hospital Board in 1938.  Researched and compiled by Ric Carlyon JP 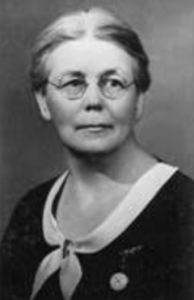