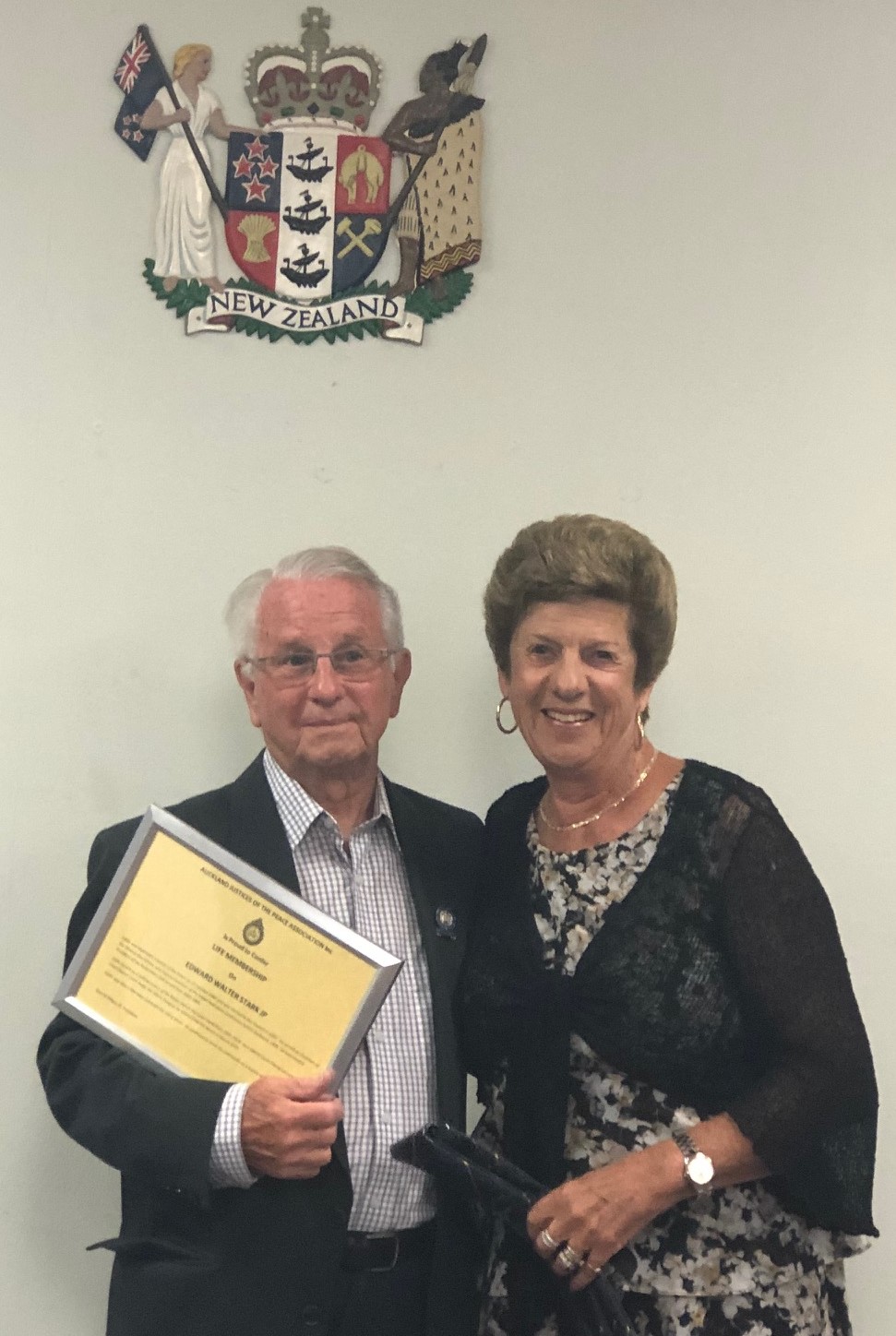 Uncategorized
December 16, 2019 Frank Rands 0 Comments
A special ceremony was held on Wednesday 11 December to confer life membership on Eddie Stark JP. He was unable to attend the AGM where his life membership status was confirmed, so he attended the last Council meeting of the year where he was presented with the citation, tie and life members badge by President, Sherryl Wilson.
The citation read: “Eddie was appointed a Justice of the Peace on 27 October 1987 and was elected to this Council in 1997. He served as Chairman of the Finance Committee, was Deputy Convenor of the Royal Federation Conference held in Auckland, 1999. He was elected President of the Association and served from 2003-2005.
Eddie served as a Judicial Justice of the Peace and on the Court Panel from 1991-2018. At a Special Court Sitting convened by the Chief District Court Judge Jan-Marie Doogue, he retired from the bench in March 2019.
Eddie was also a Marriage Celebrant for many years. He continues to serve his community as a Justice of the Peace.” 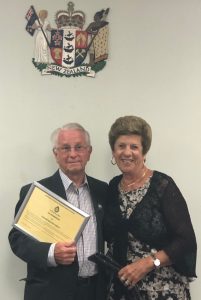 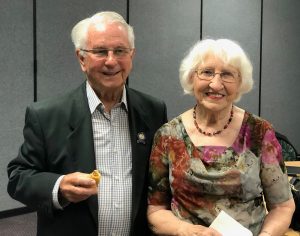