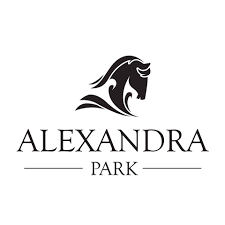 Briefs from today’s meeting of the Council of the Auckland Justice of the Peace Association:

+ There was further progress report on arrangements for the combined Regional Conference/Annual General Meeting on 30th September at Alexandra Park. It was stressed that those members attending need to pre-book and pay for their lunch. Do it on the website! Notices of Motion to be considered at the AGM (including proposed changes to Rules) and nominations for office-holders will be published by the Registrar later this week.

+ The Association has a renewed policy for the way complaints are handled about Ministerial Justices of the Peace – it was adopted at the meeting. The policy sets out the appointment of a committee to process complaints, the principles applying to procedure, the nature and scope of complaints that may be dealt with, process and subsequent actions that may be taken.

+ The Association’s Face Book page is growing by the week. Justices find its content and discussions of interest… contact the Registrar if you would like to join the group.

+ 9 new Justices of the Peace will be sworn-in at the Auckland District Court next Monday.

+ There was reminder about the Association’s Annual Dinner on 18th October at Quality Hotel, Parnell, where the guest speaker will be Kereyn Smith, MNZM, Chief Executive Officer and Secretary-General of the NZ Olympic Committee, the first women to hold these offices in the organisation’s 107 year history.   Tickets are available through direct credit to the AJPA bank account (38-9018-0314770-00) or by cheque posted to AJPA at PO Box 108 229, Symonds Street, Auckland 1150 at a cost of $50.00 per person.   Partners and friends are welcome.

+ Today’s meeting was the last in the term of the present Council. Members farewelled outgoing Immediate Past President, Selwyn Haworth, who steps down. He has been on Council for 10 years as member, then Vice-President and President. Selwyn was thanked for his service on behalf of the Council and members.  He has been involved with overhaul of systems and procedures, he chaired the organising committee for the 2015 National Conference at Takapuna, made successful applications for Trust Funds and has been instrumental in the makeover of the website.